There is no better way to explain the importance of sunscreen than by quoting the wise words of Benjamin Franklin: “An ounce of prevention is worth a pound of cure.” Sunscreen is no longer a beach-bag item used on vacation and during summer lounging at the pool, but instead has risen in importance to a medicine-cabinet staple! From when the sun rises in the morning until it falls at night, regardless of the time of year, the skin must be[…]

Reinvigorate Your Skin With Exfoliants

On average, our skin completely renews itself every twenty-eight days. Each day we lose millions and millions of dead cells; some flake off our skin, but others get “glued together” and don’t come off. What happens to those dead cells on our face? They hold on to our skin to give us that dull, unhealthy look that makes us cringe! To achieve the glowing, healthy look we desire, we must remove the dead cells to give the new cells the[…]

What is a good skincare routine for teens?

Having teenagers is hard. Being a teenager is no walk in the park either; the pressures of school, friends, and family, and the changes happening in their bodies are overwhelming. Overall appearance, and specifically the look of skin, is almost always a top concern. More than just the outward appearance (let’s face it, acne is not pretty), acne leads to a lack of confidence and self-esteem during the teen years—one of the most fragile stages in life. We can’t predict[…]

How do I care for my skin in the winter?

We all prepare for the winter by wearing gloves, scarfs, hats and heavy jackets. What do you do to prepare your skin for the harsh cold months? Use a heavier  hydrating moisturizer in the winter. Wash your face with lukewarm water – never hot water, it will make your skin drier. Minimize the use of harsh products. Due to wind and low temperatures our skin gets irritated and red. Find a serum or moisturizer that has hyaluronic acid in. This[…]

How to clean your face

Salicylic or essential fatty acids? Know which is right for your skin type for effective cleansing. Washing your face is critical to avoid clogged pores and oil build-up, the dirt and pollution in the air can cause bacteria and trigger or worsen existing acne. Water alone only removes 65% of dirt and oil, so using a cleanser is necessary in the morning and evening – just showering doesn’t cut it! Washing before you start your day is preventative from the elements and prepares your skin[…]

My teenage son/daughter has a lot of black heads and a pimple here and there. Should I bring her/him in?

I get this question a lot from parents, and as the mother of a teenage boy I see this in my home life as well. I also see how acne can have an effect on self esteem. Puberty lasts for a few years and that causes the unbalanced oil production that result in acne. The acne doesn’t just go away on its own! Once a teenager starts to get those little pimples on the forehead, cheeks or chin bring them in to[…]

If I get a peel am I going to look like Samantha from Sex in the City?

I get this question a lot. When you hear the word “peel” your mind goes right to the things we know first hand – food – potatoes, carrots, bananas and oranges! People have this fear of thick layers of skin being taken off and a raw layer being exposed. Even though there are peels like that, to be done ONLY by an MD, my peels are nothing like that! The day of the peel you might get a little pink,[…]

Why should I get facials regularly?

This question is one that comes up very often. Somewhere along the line, a facial became a ‘treat’ for the client – a ‘once a year or whenever I get a gift certificate’ indulgence. Facials are not meant to be an indulgence, they are meant to be habitual. Its very important to get facials regularly in order to maintain the skin you have, prevent damage from occurring 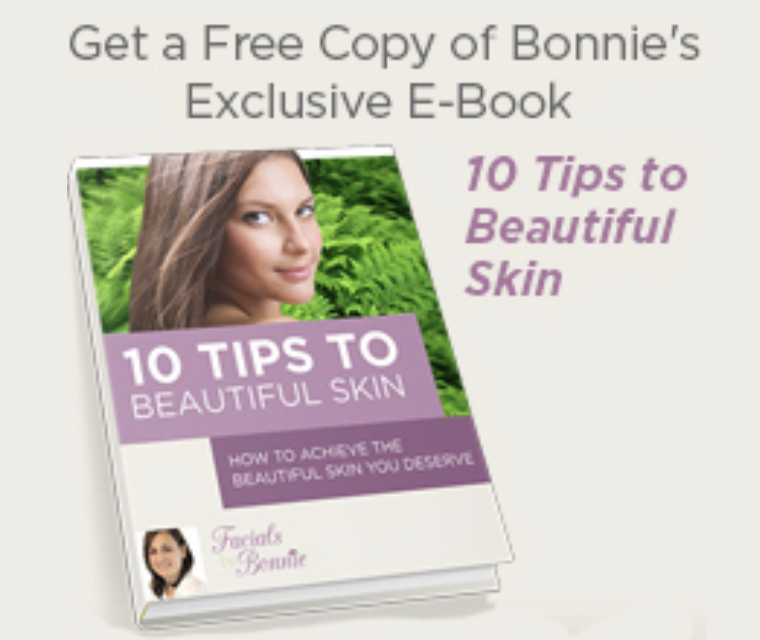